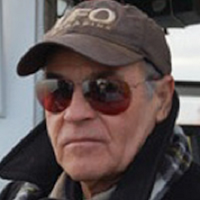 Author, magazine publisher, and host of the History Channel’s UFO Hunters, William J. Birnes discussed recent and classic UFO cases, researchers, and the field of ufology itself. For his newest book, Aliens in America, a kind of travel guide to UFO hotspots, he chose cases that met four different criteria– multiple, credible witnesses, physical trace evidence, government documentation, and government attempts at debunking/disinformation. One such case was the Betty & Barney Hill incident. Among the pieces of evidence was a star map drawn by Betty Hill, showing where one of the alien abductors told her they came from– thought by some to be the Zeta Reticuli star system.
Birnes also touched on a 1984 UFO sighting at the Indian Point nuclear power plant in New York’s Hudson Valley, in which a huge triangular craft hovered over the complex. Since that time the US military has been developing craft that have the ability to throw projections, seem to move at lightning speeds, as well as hover, he added. The mainstream media is focusing more on UFOs in recent years, and this may be due to monetary reasons, as the topic can be a big draw for websites and TV shows, he noted.
According to a witness Birnes interviewed for UFO Hunters, there was a live alien humanoid kept by the Eisenhower administration that survived until the 1960s, and researcher J. Allen Hynek met and communicated with the being. In an episode of UFO Hunters that never aired, they showed a mutilated cow that had a strange fetus with a human head, which might have related to alien hybrids, and testing for mad cow disease, he detailed. Birnes also addressed the controversy surrounding researcher David Jacobs and abductee Emma Woods, which UFO Magazine did a cover story on.

Note: All parts of the radio show are avaliable in this player!

Coast to Coast AM live
Your opinion?