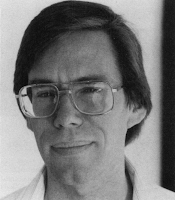 Robert Scott Lazar or Bob Lazar, (Born January 26, 1959, in Coral Gables, Florida, United States to Albert Lazar and Phyllis Berliner) claims to have worked from 1988 until 1989 as a physicist at an area called S-4 (Sector Four), located near Groom Lake, Nevada, next to Area 51. According to Lazar, S-4 served as a hidden military location for the study and possible reverse engineering of extraterrestrial flying saucers. Lazar says he saw nine different discs there and provides details on their mode of propulsion. His critics have asserted that “Lazar’s credibility crumbled” after “schools he was supposed to have attended had no record of him, while others in the scientific community had no memory of ever meeting him to this day he was also never seen again.”

Note: All 6 parts of the documentary are avaliable in this player!