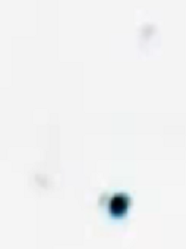 To start off im gonna say i was very very angry while i was filming this, it was the most amazing thing I have ever seen and the camera just had to mess up on me. There was 3-5 ufos and they made a square formation, they stayed like that for about 10-15 min. It was definently not a plane helicopter or anything else other than something from out of this world, or secret government technology. While i was video taping the 4 lights iquickly went downstairs to see if i could get a better shot but i couldn’t, i came back and the formation was still the same.Then the one light started moving just as i zoomed into it. At the end of the video when i finished video taping that last light, it flew over the houses just like the other ufo, i went in the front of the house, saw it in a distance,(didn’t video tape), and then it flew back very quickly where i first saw it and i couldn’t see it after that.
Author (Qonscious @ youtube)

Triangle-shaped formation was recorded over Brandon in Manitoba, Canada 2-Sep-2010