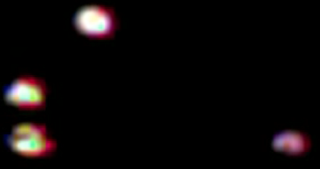 Latest UFO sightings – This triangle-shaped craft were recorded hovering in the night sky over Clearwater in Florida on Saturday, 19th March 2011 around 11 pm.
Witness report: We were at our friend’s in clearwater, fl facing the east taking pictures of the SuperMoon around 10:58 PM when was these lights.
We were at our friend’s house on the water in clearwater, fl (Island Way Estates) facing the east taking pictures of the SuperMoon around 10:58 PM when I filmed these videos on my ANDROID phone using first the “posterize” filter (first two videos) and then back to the normal mode (last video). We saw these mysterious lights in the Eastern Sky just below the full moon. They were much brighter than appear on this video probably because the moon was so bright just above. It happened so fast I didn’t think to switch back to normal mode at first, but when I realized it was in the “posterize” filter mode, I switched back to normal.
I think you can tell that we were somewhat surprized and excited by this event having had no prior experience with such unusual phenomenon.
It looked like flares floating in the air (attached to balloons or paratroopers?). There was no sound coming from them and they were drifting at about the same altitude moving from North to South just under the full moon if facing East. There was probably about 6 initially and then they turned off one by one or either drifted out of sight that way. We could not tell. About 20 minutes later I confirmed that the wind was blowing from North to South at I would say at about 8-10 knots.
It looked as though they were over the waterway, so I am sure we were not the only people who saw them. There were a lot of tourists at the beach this weekend and most knew about the super moon.
Author (source: mufon)
Your opinion?