April 22, 2011 – It is common knowledge that former president John F. Kennedy was assassinated though the reason for the assassination remains a mystery. The standard possibilities apply, someone upset by politics, someone looking for a rush, an unstable person with a gun. But there also seems to be another, more unusual possibility, that JFK was assassinated because of inquiries he made to the CIA about UFOs.
There are records indicating that approximately ten days before his untimely death, president Kennedy had written a request to the CIA for their sealed documents that involved UFOs. His interest, he claimed, stemmed from the fact that many of these UFOs seemed to be seen over what was at that point Soviet Russia. His concern seemed to be that the Russians may believe these strange air crafts to be of American origin and there to spy on Soviet space technology. He likely feared that if the Soviets believed the US to be spying on them, they would retaliate in a possibly violent manner. 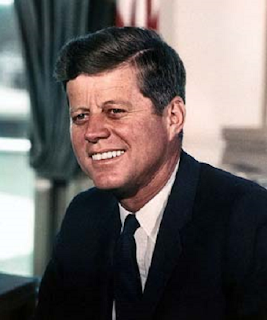 He had also written another memo around the same time to NASA. This other memo seemed to also have the intention of quelling the possible fears of the Soviets, as it discussed his desire to cooperate with them in relation to their space travel technology. His thought process may have been that if the Soviets saw them as being open and sharing, they would realize that the US would have no need to send strange air ships into their air space.
The most suspicious part of this whole incident is a memo someone tried to burn, aptly called the ‘burn memo’, stating that Lancer, this was Kennedy’s Secret Service code name, was requesting information on UFOs and that the inquiry could not be allowed. The memo was already mostly burned and was not dated, so it is difficult to know, with any certainty, that it was written in the correct time frame nor the author of the memo. The rest of the memo is also unknown. However, attempts are being made to forensically analyze the memo. The paper and, if possible, the ink are to be dated using forensic techniques. The writing itself will also be analyzed. Still, even if there is not yet any conclusive information, it does seem a bit too serendipitous to be coincidental.
This whole thing begs another look be taken into the why of president Kennedy’s murder, as to whether it was a lone gun man or an attempt to prevent too much looking into UFOs.
www.Latest-UFO-Sightings.net (c) 2011 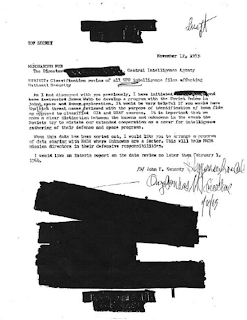