April 7, 2011- The FBI has released a new electronic reading room known as “The Vault” to finally give Americans the right to view government documents. It has just began with 25 new files released and contain more that 2,000 documents that you can view whenever you want to. Some interesting information has been found in these documents regarding UFO activity. 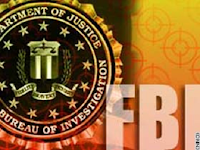 It seems within the new files that the government released is documents referring to the Roswell Incident. Back in the summer of 1947, there was an alleged recovery of a UFO in Roswell, New Mexico. Some have reported that alien life forms were also captured. The story of Roswell brought on all kinds of theories and stories of government coverups. It is the most publicized of all UFO incidents and is a pop culture phenomenon. The U.S. Military had claimed that it was debri from a surveillance balloon and not that of an alien spaceship.
The document was dated March 22,1950. It was from a special agent in charge of the FBI’s Washington Field Office. He sent this memo to the FBI’s director and it was concerning the UFO’s seen in Roswell. Excerpts from the document are stated below:
“An investigator for the Air Force stated that three so-called flying saucers had been recovered in New Mexico. They were described as being circular in shape with raised centers, approximately 50 feet in diameter. Each one was occupied by three bodies of human shape but only 3 feet tall, dressed in metallic cloth of a very fine texture. Each body was bandaged in a manner similar to the blackout suits used by speed flyers and test pilots. According to informant, the saucers were found in New Mexico due to the fact that the government has a very high-powered radar set-up in that area and it is believed the radar interferes with the controlling mechanism of the saucers. No further evaluation was attempted by SA concerhing the above.”
Was there indeed a government coverup? Maybe with the release of more documents to “The Vault” our questions can be answered and the age old question of “Are we alone?” will actually be answered.
www.Latest-UFO-Sightings.net (c) 2011
Here’s a new legitimate file (office memorandum) from FBI’s database – The Vault, about FBI informant Guy Hottel who sworn that a craft and bodies were recovered from Aztec UFO crash in Mexico (click on the picture to enlarge!)

Reports Over Anti-UFO Military Collaboration Between the U.S. and China + UPDATE