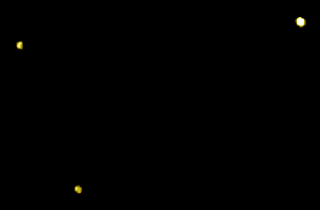 April 3, 2011 – Chicago, IL – Multiple UFOs flying across the sky were reported by many residents on Chicago’s South Side and some of them even caught this phenomenon on tape.
According to the witnesses, this happened on Saturday, 3rd April 2011 around 8 pm. Those unknown lights were flying together, traveling in a straight line at first, and then making patterns. The lights were orange and they were blinking together at the same time.
National Weather Service didn’t report any unusual weather occurrences.
We will follow this story very closely, so stay tuned via Facebook, Twitter, RSS or email!

UFO lights? in the city of chicago….

Were those lights memorial lanterns?
It looks like those mysterious lights spotted on Saturday night in Chicago were actually part of a memorial to victims of child abuse – or they just want us to believe so.
Your opinion?

Daytime UFO or Orb was seen and filmed over Chicago, Illinois 27-May-2011