Latest UFO sighting – Bright luminary in the sky that flashed brightly the following colors: red, blue, green, orange and white. It moved both horizontally and vertically. This video was recorded in Georgia, US on 6th January 2010 at 8 pm. 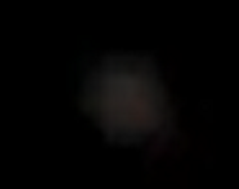 “On Jan. 6th at 8pm, I was on my way, along with a group of colleagues, to a meeting. We noticed a very bright luminary in approximately the same place that Sirius is in the sky at that time. This luminary was behaving very differently than an ordinary star and appeared larger than Sirius. It was flashing color in a patterned way, red, blue green, white. It moved vertically and horizontally as well. We watched it for about 1/2 hour, and it was still in the sky when we left. A video of the same luminary was made at 3:43am, 7 hours later about 50 degrees from the horizon in the SE sky. The enclosed footage will show clearly the behavior of this luminary. The camera was on a tripod, as stated at about 3 minutes into the footage. It was witnessed for about 45 minutes and remained there even after taping stopped.”
Author (source: mufon)
Recent UFO sightigns, new ovni footage, north America, justa4t, Flashing
Your opinion?