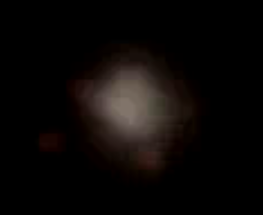 “This video is taken on Range Road 230 facing NWW at 8:12 pm on January 20th, 2010. It was visible for about 3 minutes, and then disappeared.
Prior to this sighting I had three Angelic Ships take a pass close to me in Ft. Saskatchewan itself.
The first pass when I was at Hugh’s park. The pass was high up, over the river.
The second pass was when I was at Hugh’s park, facing 101st street and the pass was parallel to say 103 ave. It was much lower and I got the impression a low pass was not possible in that area.
I went to a new subdivision out around the area of 101st street. As I stood there I got another low pass coming from the direction of Range Road 225 which I could not figure out how to get there, so I went to Range Road 230 off the highway where I filmed this. This light was not in the sky when I was in the other three areas, and came up seconds after me getting out of my vehicle.
I am still searching for the elusive green UFO rumored to be out that way as per a security guard.”
Author (soulplayorb @ youtube)

Triangle-shaped formation was recorded over Brandon in Manitoba, Canada 2-Sep-2010