“On a flight from Manchester (england) to Sofia (Bulgaria) om 30/01/10, my daughter was watching the sun set when she said to me “dad whats that black thing?” I looked out to see what looked like a strange small vapour shape, in an otherwise cloudless sky, that appeared to be moving in an opposite direction to us. As we watched, the shape suddenly did a 180 turn on its nose with its vapour trails arcing over to fall back behind its nose to continue travelling in the same direction as us.
It turned like I have seen no aircraft turn before, it did not sweep around it did an instant pivot on its nose. Its at this point, with hair standing on the back of my neck, that I grabed for my camera and tried to get some footage. the video may not seem very impressive but if I had caught the turn on video then you would understand that I feel I have finally seen my first UFO.”
Author (RockNorthern @ youtube) 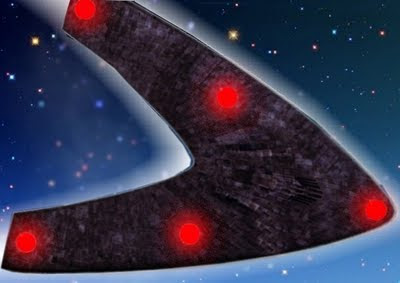 This kind of UFO?
Your opinion?