Latest UFO sightings – This daytime photos of cigar-shaped UFO were taken in south Lebanon on 14th July 2010.
Witness report: A cigar shap object/s appear on my camera mostly not visible to the naked eye.
Since I’m very interested in UFO phenomena, This summer I took thousands of pictures of my village sky which is in the south of Lebanon, and it is 1000m above sea level. I found in some continues pictures, (Like panorama) contain an unusual cigar shape objects zipping through at high speed. I’m going to a attache some of these photos.
But one interesting night, I was sitting with my family outside about 11 pm, I noticed a very bright light bigger than a star just standing in the sky, very low, was like in front of our faces, you don’t need to lift your head to see it, stood there about 2-3 seconds then swiped away in a blink of an eye. After about a half hour same thing happened a bright light appeared in the same place then after almost 2 second zipped out of our sight. Every one saw it and we were about 7 people and every one of them was too amazed!.
This incident helped me a lot because I was the first one among my family members, my friends and my community to talk about these things. I was laughed at ( at least behind my back I’m sure), This subject was introduced for the first time to them, they never consider the possibility that we are not alone, until this event happened, and I also showed them the pictures that I took. After a while and long long conversations that took place on this subject, most of them now are looking at this subject with an open mind.
Now I’m not the “weird” person in their eyes anymore! Tanks to UFO!
Author (source: mufon) 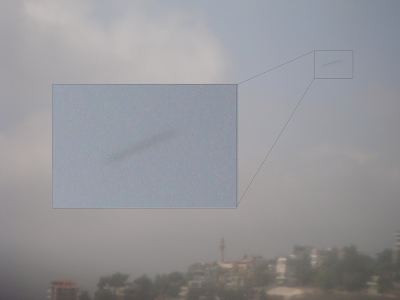 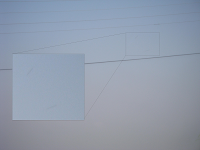 Interesting footage of UFO filmed from a plane over Tokyo, Japan 5-Jun-2010