Seen as hopeful sign that UFO prophet’s warnings may be heeded, even when not officially acknowledged; Meier first published warning about incoming asteroid impact in 1981

..former Apollo astronaut, Rusty Schweickart, echoed the exact same advice given to Meier by the Plejaren extraterrestrials about using existing technologies to deflect the asteroids.

November 1, 2010 – It appears that yet another prophetic warning from UFO contactee, Billy Meier, is being taken seriously, although without any official recognition of the source.
Speaking at a European Space Agency conference in Germany about preventing an asteroid impact on Earth, former Apollo astronaut, Rusty Schweickart, echoed the exact same advice Meier says was given to him by the Plejaren extraterrestrials, about using existing technologies to deflect the asteroids, “The question often arises in the general public: Can we in fact do something about this. And the answer is yes. We don’t even have to develop new technologies. Our existing space technology enables us to actually slightly change the orbit of an asteroid that we see headed for an impact 15 or 20 or 50 years ahead of us.” 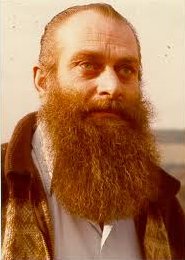 “With two recent corroborations of Meier’s prophetic accuracy, the first dealing with the Islamization of Paris and the second with the uncannily similar conclusions between the WikeLeaks revelations and Meier’s 1958 predictions about the Iraq war, hopefully more people are now paying attention to his information,” said Michael Horn, Meier’s U.S. representative.

According to Horn, “It’s less important that Meier himself is openly acknowledged than that we act to change the various looming negative events that we still can. It’s also interesting to note that Schweickart’s reference to ’15 to 20 years ahead of us’ is also in the general time frame of the predicted impact of the Apophis asteroid, which the Plejaren referred to as the Red Meteor. With a little bit of international cooperation, as was also called for by the Russians last year, humanity might avert this otherwise certain tragedy. One has to wonder if some clever scientists did indeed pay attention to the symbolic, universal language warning connected to the Torino scale that an Austrian physicist detected.”
“Certainly, if there are concerned, open minded scientists who now realize that Meier has established a solid foundation of credibility, with his volumes of already corroborated scientific information, then they may well heed other cautions. Especially prominent among the strictly earth based concerns would be the urgent necessity to develop alternative energy sources and stop the unacceptably risky folly of offshore oil drilling. While we are well advised to prevent an asteroid from impacting the planet, the increasing frequency and intensity of devastating earthquakes, volcanic eruptions, tsunamis and sinkholes is directly tied to drilling and mining, as Meier was also first warned on February 25, 1976. People can read the wealth of free information, and the spiritual teaching from the Plejaren, in order to learn more and improve their own lives,” said Horn.
source: www.ufodigest.com

Billy Meier and Ptaah talking about 2012

The Significance of Planet X