May 2, 2011 – For over a century, people have claimed to have seen unidentified flying objects or UFO’s. There have been numerous reports of UFO sightings all over the world with photos and videos to back up these claims; however, it has never been proven that these were indeed extra terrestrial. Although there are a few believers, there are more skeptics.
Michael Lee Hill is one of those few believers. He is a 39 year old UFO enthusiast and musician who live in Cleveland, Ohio. He has claimed to have authentic videos of UFOs he filmed over the last 4 years. He released a video of his recent sighting in Lake Erie, Ohio. He claims that the UFOs come closer every year and that he feels that they know he is filming them. A few people who also live in the area of Lake Erie, Ohio claim that the place is indeed a hotspot for UFO sightings. 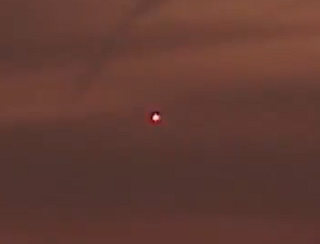 Blinking lights overhead have been a common thing in the small suburb in Cleveland, Ohio where Lake Erie is. According to Bob Dean, a UFOlogist, there are a lot of portals or stargates all over the world and Lake Erie is one of them which explain why there are frequent UFO sightings in the area.

Last year, a team from the Cleveland UFOlogy Project tracked the lights after Fox 8 News showed similar lights hovering over Lake Erie. After doing research, the group has decided that the blinking lights were airplanes. Michael Lee Hill disagreed with them saying that the area is a no fly zone and with the recent sighting, he is more convinced that aliens do exist. Hopkins International Airport staffs have said that planes from US and Canada take off frequently over Lake Erie, so it is not impossible that the blinking lights may have come from the airplanes.
Some people believe him while others think that he faked the video just to stir up some publicity to promote his music, which he of course denies. His recent sighting was featured on the History Channel show, UFO Hunters. A UFO investigation team sent his video to a Hollywood Visual Expert and they said that the video has not been tampered with in any way. Still, people remain doubtful.
UFOs and the existence of Extra Terrestrials are quite interesting, but there has been no concrete proof that they do exist. Aside from blurry photos and unclear videos, it is hard to tell whether what is in the picture or video is indeed a UFO or just an aircraft or a satellite. Hopefully in the future, photos and videos of UFO sightings will be clearer and easier to identify. A clear image will probably convince more people to believe in the existence of aliens, with all this technology, it shouldn’t be hard to accomplish that, perhaps in the next year or two, the famous question, “are we alone in the universe?”, will finally be answered.
www.Latest-UFO-Sightings.net (c) 2011