A MYSTERIOUS giant spiral of light that dominated the sky over Norway this morning has stunned experts — who believe the space spectacle is an entirely new astral phenomenon. 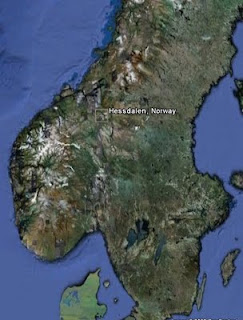 Thousands of awe-struck Norwegians bombarded the Meteorological Institute to ask what the incredible light — that could be seen in the pre-dawn sky for hundreds of miles — could possibly be.
The phenomenon has been dubbed ‘Star-Gate’ — as the world’s top scientists and the military lined up to admit they were baffled.
Theories ranging from a misfired Russian missile, meteor fireball, never-before-seen type of northern light, ‘black hole’ and even alien activity were all proposed.
Witnesses across Norway, who first glimpsed the space show at 8.45am, all described seeing a spinning ‘Catherine wheel-style’ spiral of white light, centred around a bright moon-like star.
A blue “streaming tail” appeared to anchor the spiral to earth, before the light “exploded” into a rotating ring of white fire.
The spiral spectacle — which lasted for two minutes — was seen by vast swathes of the Scandinavian country’s almost five million population, with sightings as far north as Finnmark to Trondelag in the south.
Totto Eriksen, from Tromso, in northern Norway, was one of the thousands who bombarded Norwegian newspapers with sightings — after nearly crashing his car on spotting the spiral overhead.
He said: “I was driving my daughter to school when this light spun and exploded in the sky.
“We saw it from the Inner Harbour in Tromso. It looked like a rocket that spun around and around – and then went diagonally across the heavens.
“It looked like the moon was coming over the mountain – but then turned into something totally different.
“People just stopped and stared on the pier – it was like something from a Hollywood movie.”
Axel Berg, from Alta, also in the north of the country, added: “It was like a giant spiral – a shooting star that spun around and around.
“I initially thought it was a projector but then the ‘tail light’ left and the spiral remained spinning still.”
Norway’s most celebrated astronomer, Knut Jorgen Roed Odegaard, said he had never seen anything like the spiral before.
He said: “This was seen over an exceptionally large area of the country – in all of north Norway and the Trondelag.
“My first thought was that it was a fireball meteor – but it lasted far too long.
“It may have been a missile from Russia – but I can’t guarantee that is the answer.
“I rang the Air Traffic Control tower in Tromse. They said it was over in two minutes. To me, that is far too long for this to be an astronomical phenomenon.
“This spiral shape is unique. It is definitely not a variation of the aurora borealis – northern lights.”
Chief Scientist Erik Tandberg, at the Norwegian Space Centre, said that he too was “totally amazed” by the spiral.
He agreed with many other experts that the spiral pattern could have been caused by a missile from Russia — something the Russian military have strongly denied.
Dr Tandberg said: “I agree with everyone in the science community that this light was the weirdest thing. I have never seen anything like this ever.
“It may have been anything from an exploding missile whose launch went wrong – to a comet or other celestial object that for some reason has been behaving strangely.
“If it was a missile – most likely from the launch base in Pletsevsk in Russia or one of the Russian submarines or even from the European Space Agency base in Kiruna – then we are talking about a rocket launch that has gone wrong.
“The spiral suggests the object came off course and balance and entered the spiral movement. Leaking rocket fuel could account for the blue light.
“But I know that the military have denied this explanation. So we could be looking at an entirely new natural phenomenon.”
source: www.thesun.co.uk 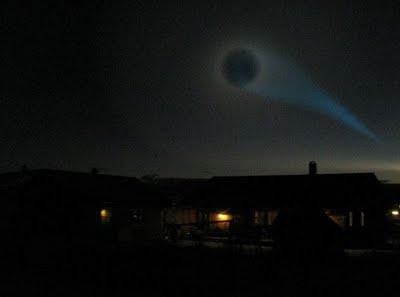 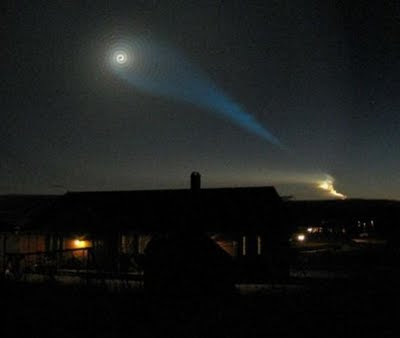 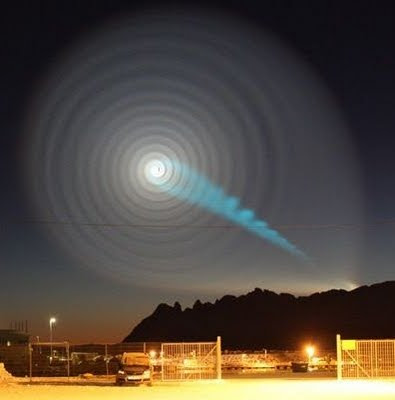 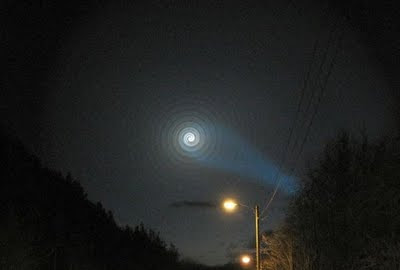