Latest UFO sightings – This interesting photo of some kind of disc-shaped UFO was taken in city Malone in New York on Tuesday, 29th June 2010 around 2 pm.
Witness report: Picture taken by cell while driving Jeep at 55 MPH
Judy was driving in to her job as a Home Health Aide and saw what she thought was a hole in the storm clouds, she had her cell phone with her and took a picture of the hole in the clouds. When she got to her job, she told Tim Pond that she had seen a strange hole in the storm clouds on the way into work. He downloaded the picture on to his PC and saw the patterns of lights on the object, the trailing disturbance in the clouds and called me up on the phone. He sent the picture to me for my opinion.
To me, I can see the rain drops on the windshield and the image on the other side of the drops, there is no reflection in the glass.
I have all the contact information for Judy.
Author (source: mufon)
LUS 2010 mufon, most recent U.F.O. reports, evidences, proofs. Real UFOs on net from north America, The States, USA. Clouds, rain, weather, storm ovni. Strange amazing weird unknown object. 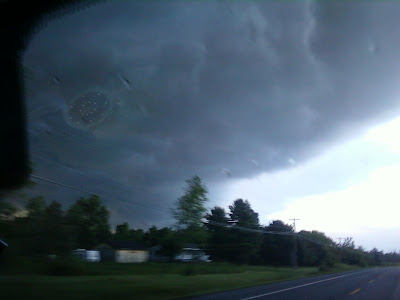 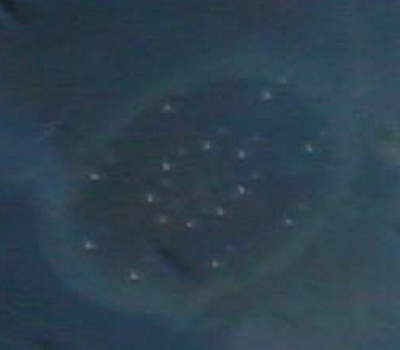