New crop circles from all over the Europe. Click on the pictures to enlarge!
Wismar, Mecklenburg-Vorpommern, Germany. Reported on Thursday, 8th July 2010: 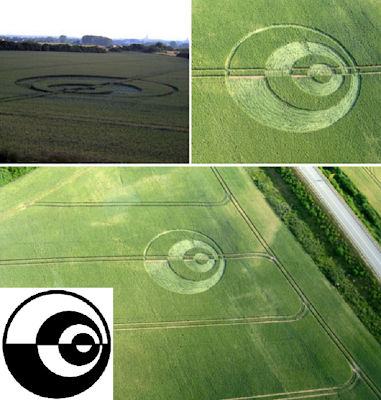 On 8-9 of July we have got a brand new crop circle in the southwest of the Netherlands, near Standdaarbuiten. This morning I received a message from Robbert van den Broeke with the announcement of this formation, witch resembles a cross of Christ. This formation counts 17 circles in the cross and 3 circles some few meters further.
Désirée was the first one who entered the field and she felt immediately Goosebumps from head to tone. She was aware of a strong energy on her heart. It felt as her head was pulled to heaven. The evening next we made with some other DCCA members our research.
As I said, the formation resembles a cross of seventeen circles. The centre circle measures 9 meters (28 feet), to the south 2 smaller circles, to the west and to the east on both sides 4 circles and to the north 6 circles. The smaller are about 1,5 to 2,5 meter. The 3 circles to the northeast, which are not member of the cross are slightly bigger. Total size of the complete formation is 27,50 meter x 45 meter.
During the research we found a dragonfly which was adust, probably during the process of laying this crop field. The crop lays anti clockwise and has a very nice pattern. There were no signs for manmade circles. Not that we did discuss this point, we all felt a very strong energy during the research.
The farmer, who helped us generously with making pictures, does not allow other people on the field for now. Sjaak will crop the seeds when they are ripe and will make more investigation in the lab and on the fields. Roy and Robin, many thanks for the pictures and measuring. And last but not least Robbert thanks for the message. 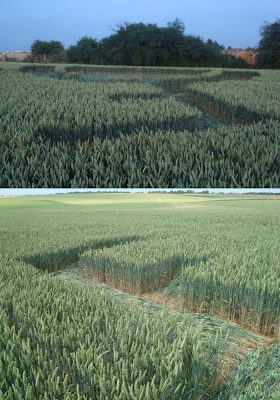 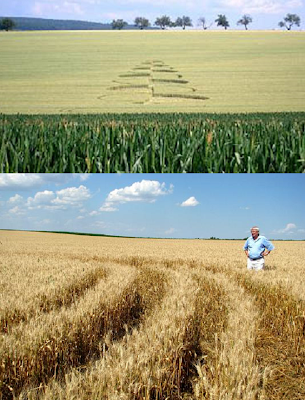 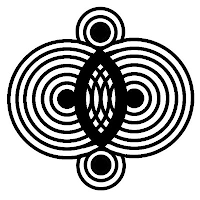 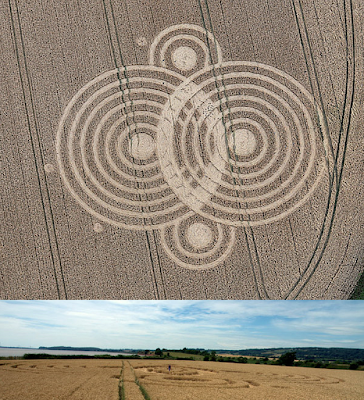