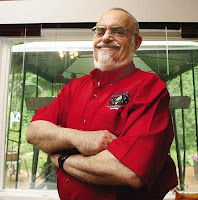 Stanton Friedman * We welcome the “Father of Modern Day Ufology” Stanton Friedman for the 5th Annual BoA:Audio Holiday Special * What he’s been up to this last year * A teaser for his next book ‘Science Is Wrong’ * The passing of Ufological legend Dick Hall * What Stanton sees as his own legacy in the world of UFO studies * The Exopolitical movement * The “disclosure meme” * Questions sent in from BoA:Audio listeners * 9/11 * UFOs as self-replicating probes * The JFK assassination * The Nazi “Bell” experiments * The oddest thing he’s encountered on an investigation * The Norway spiral * UFO cases he sees as particularly strong * The nuclear plane program he used to work on
Stanton T. Friedman received B.S. and M.S. degrees in physics from the University of Chicago in 1955 and 1956. He was employed for 14 years as a nuclear physicist for such companies as GE, GM, Westinghouse, TRW Systems, Aerojet General Nucleonics, and McDonnell Douglas on such advanced, classified, eventually cancelled, projects as nuclear aircraft, fission and fusion rockets, and nuclear powerplants for space.
He has provided written testimony to Congressional Hearings, appeared twice at the UN, and been a pioneer in many aspects of Ufology including Roswell, Majestic 12, the Betty Hill-Marjorie Fish star map work; analysis of the Delphos, Kansas, physical trace case; crashed saucers, flying saucer technology and challenges to the S.E.T.I. (Silly Effort to Investigate) cultists.
He is the author of the books TOP SECRET/MAJIC and Crash at Corona: The Definitive Study of the Roswell Incident, the co-author Captured, about the Betty and Barney Hill abduction case, and recently penned his “magnum opus,” Flying Saucers and Science.

Note: All 12 parts of the radio show are avaliable in this player!

Coast to Coast AM: Stan Fulham talks about his Prediction of UFO’s over major cities 15-Oct-2010