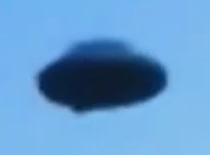 August 28, 2010 – A reader has sent us this astonishing footage (see below) of a UFO sighting that occurred in the northern region of the Scandinavian nation of Norway only two weeks ago on 13 August.This footage is bound to go down as containing some of the clearest images of a UFO ever captured and took place in the area where last year’s spiral UFO was seen.

A witness who seemingly put together the film below wrote of the event:
‘This was in the same area where the Spiral UFO of December 2009 was observed, however any connection with this or the HAARP/EISCAT facility is unknown.
The UFO was observed by many people, and this is some of the footage that was shot by mobile phones. One of the witnesses rushed to get a camcorder and just managed to run back to an open area where the UFO could be filmed for a few seconds before it did an extreme acceleration manoeuvre and disappeared.
I have no idea what we saw that night, but I have never ever seen anything like it!’
This new and astoundingly clear footage will undoubtedly be studied intensely by researchers of extraterrestrial/alien matters. UFOs are seen in Norway frequently and disclosure of government UFO files is underway in Scandinavia in general.
source: www.allnewsweb.com
What do you think of this UFO video? To good to be true?
Your opinion?

Is this REALLY a UFO being chased down the M5 by RAF fighter jets? ‘Video footage’ captured at a service station