Benjamin Robert Rich (June 18, 1925 – January 5, 1995) was the second director of Lockheed‘s Skunk Works from 1975 to 1991, succeeding its founder, Kelly Johnson. Regarded as the “father of stealth,” Ben Rich was responsible for leading the development of the F-117, the first production stealth aircraft. He also worked on the F-104, U-2, SR-71, A-12, and F-22 among others, many of which are still classified.
ET UFO Are Real: Ben Rich Lockheed CEO Admitted In His Deathbed
August 31,2010 – Ben Rich Lockheed Skunk Works CEO had admitted in his Deathbed Confession that Extraterrestrial UFO visitors are real and U.S. Military travel to stars. 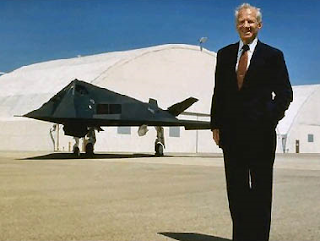 Pyramids: From the Gods or Aliens?

Are Extraterrestrials Already in Washington?