This presentation begins with a brief history of NASA’s “Skylab” program before focusing on a bizarre UFO encounter that occurred on September 20th, 1973, during Flight Day 55 of the Skylab III (SLM-2) mission. This UFO encounter can be classified as a highly credible case as it was witnessed by all three Skylab crew members, with the astronauts observing and photographing the unidentified object for at least a 10-minute period before both Skylab and the UFO crossed the sunset terminator into darkness and visual contact was finally lost.

In addition to examining the available official archive evidence about this Skylab III UFO incident, I also thought it relevant in this video to point out several of the contradictions that exist in that official evidence chain. While these inconsistencies do not prove a cover-up about this incident was/is in place at NASA, what should be clear is that IF there was a cover-up in place, these contradictions certainly would have aided in that cover-up because, deliberate or not, they serve to muddle and even conveniently eliminate from the public record some very important evidence related to this sighting that should exist and be available for us to analyze. 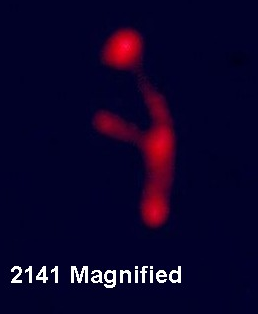 However, even with those contradictions in the official evidence chain, the Skylab III encounter remains a confirmed UFO sighting that has never been explained. What is certain is that the Skylab III crew had no idea what this bizarre pulsating red object was, and neither does NASA or NORAD (at least officially).
Also, in this video I reference an in-flight diary entry made by Commander Alan Bean during Skylab III on Flight Day 55 of his mission. This quote comes directly from the book “HOMESTEADING SPACE: THE SKYLAB STORY”, written by David Hitt, Owen Garriott, and Joe Kerwin. The appendix of this book contains a typed copy of the text from Commander Bean’s entire in-flight diary that he kept during his mission. I highly recommend this book for anyone interested in reading more about some of the history behind NASA’s Skylab space station.
Author (LunaCognita @ youtube)
Related link: www.brumac.8k.com/Skylab3/SL3.html
Join the discussion about this topic on our forum! link
Your opinion?

UFO recorded over the Moon by Apollo 15