Wellington – The New Zealand Air Force released Wednesday more than 2,000 pages of previously top secret reports on nearly half a century of UFO sightings.
December 22, 2010 – News reports indicated that the material, documenting alleged sightings of strange flying objects from 1952 to 2009, showed no evidence of visits to the Pacific country from outer space. 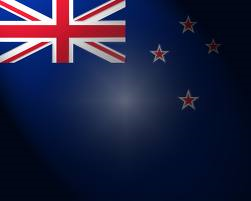 They particularly shed no new light on New Zealand’s most famous UFO sighting of mystery lights seen by crew and passengers on a commercial airline flight along the east coast of the South Island in December 1978.

The lights, which were filmed by a Television New Zealand camera crew aboard the plane, were observed at the same time as air traffic controllers said they saw mysterious objects on their radar, but said no other aircraft were reported in the area.
The documents include suggestions by various people that they were reflected lights from a squid boat, a meteor or caused by atmospheric conditions.
But Suzanne Hansen, who told Television New Zealand she had been researching UFO sightings for 35 years, said, ‘It is obviously something else we can’t explain.
‘We don’t know what it is, but it is certainly something that is unidentified and non-conventional.’
TVNZ said the 12 volumes contained correspondence ‘of a fairly outlandish nature’ but there was also a 1961 sighting from a respected Air Force officer who insisted he saw a mysterious cigar-shaped object, with what appeared to be a cockpit and undercarriage – a sighting that baffled him and his superiors.
Read more: www.monstersandcritics.com