Netherlands UFO sightings – Some kind of triangle UFO or something similar recorded over Nijmegen, Netherlands on October 20, 2008 at 8.25 pm. 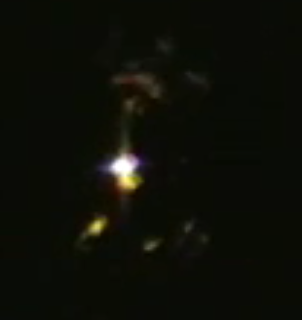 At that time the were no clouds whatsoever, a completely clear sky. Amongst several stars I noticed this blinking object which also changed in color and size. I decided to capture it on video.
It stayed there for halfanhour to disappear afterwards.
– Filmed on 20.10.2008 at 8.25pm
– Country: The Netherlands
– City: Nijmegen-West
– Direction: North-East 45° up
Author (Ufonijmegen @ youtube)