March 19, 2010 – UNEXPLAINED video of a UFO captured by a police helicopter has baffled experts and become an internet hit. 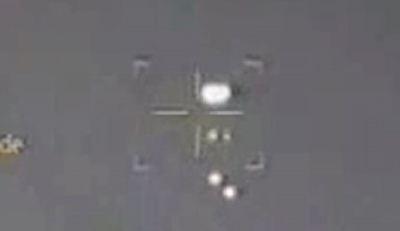 The infrared footage shows a spherical object racing across the LA skyline.The video also shows liquid pouring out of the rear of the mystery craft.
The UFO was filmed by Long Beach Police on Christmas Day in 1994. But no officer has ever commented on the eerie happening in California. The video has now been viewed more than 150,000 times on YouTube.
Former Ministry of Defence UFO expert Nick Pope said: “It’s weird and despite competing theories, it’s unresolved.
“Sceptics say it’s space debris burning up in the atmosphere, or a military flare on a parachute, with hot ash coming off it.
“Believers say it’s an alien spacecraft releasing probes.”
source: www.thesun.co.uk
Latest UFO Sightings – LUS 2010 most recent and new footage, ovni evidences and reports. Amazing lights in the sky, flying saucers.
Your opinion?