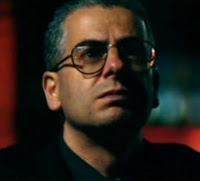 July 2, 2010 – A former Ministry of Defence UFO investigator described unusual footage of a Bushey sighting as “very interesting”.
Nick Pope, who worked for the MoD between 1991 and 1994, is recognised as a leading authority on UFOs and continues to investigate and comment on unusual sightings.
After viewing the video taken in Pasture Close, Bushey, on Wednesday, Mr Pope said he could not be sure what the object was, but that it probably had a logical explanation.
He said: “We are getting more and more sightings of UFOs. I think this is partly down to science fiction movies and people becoming more open to the possibility we are not alone.
Continue reading at www.watfordobserver.co.uk
Related article: Several UFO sightings in Bushey (UK) in past month