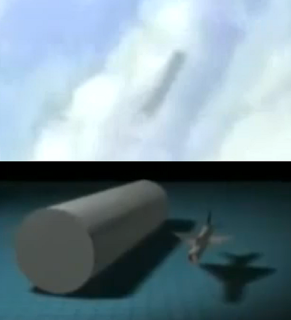 CNN report about Russian pilots running across cylinder-shaped UFO or one of the illuminati’s modern vailixi.
A vailixi is a cigar shaped antigravity vehicle. They are told of in the ancient Vedas and in Zechariah 5 of the Holy Bible. The Nazi’s recovered some in the Antarctica and retro-engineered them into modern attack craft for the 4th Reich’s 7 year New World Order.
UFO video – Real UFOs on the net, Soviet Union, Russia secret KGB files archive.
Sorry for loss of this soundtrack after 1:37. It is just a repeat of the first half of the video.
. . . .
Your opinion?

Cigar-shaped UFO recorded over UK in 1966