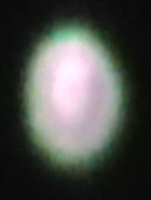 Latest UFO sightings – Video of UFO activity in the night sky over Westminster London Millbank tower. This footage was recorded on Wednesday, 11th August 2010 at 1:45 am.
Witness report: Strange UFO Phenomenon.
Last night, Wednesday 11th August 2010
I was watching the skies like I always do and
happened to capture a ufo hovering bellow a plane which you can see …
I initially thought the lights were Chinese lanterns, don’t know if it’s some kind of crazy invention or an actual UFO,
but the light were at least a couple of times in an exact measured formation.A
sphere shape ufo over westminster london Millbank tower around 1:45am, as you can see the difference between the ufo and the plane which passes by
it may not have any sense for the viewers but is has a specification that no one understands about the mysteries of the cosmos!!.
”believe it or not they are here and this is not a fake video”
Here Is the link hope you like!
Author: Vanda R. (Wanda123ification @ youtube)
source: submitted to www.Latest-UFO-Sightings.net
UFO Video – most recent U.F.O. report, evidence, proof. LUS 2010
UFO News – Real UFOs on net from United Kinfdom, GB; England EU Europe
Your opinion?