Ex-military men say unknown intruders have monitored and even tampered with American nuclear missiles. Group to call on U.S. government to reveal facts.
September 15, 2010 – Witness testimony from more than 120 former or retired military personnel points to an ongoing and alarming intervention by unidentified aerial objects at nuclear weapons sites, as recently as 2003. In some cases, several nuclear missiles simultaneously and inexplicably malfunctioned while a disc-shaped object silently hovered nearby. Six former U.S. Air Force officers and one former enlisted man will break their silence about these event at the National Press Club and urge the government to publicly confirm their reality.
One of them, ICBM launch officer Captain Robert Salas, was on duty during one missile disruption incident at Malmstrom Air Force Base and was ordered to never discuss it. Another participant, retired Col. Charles Halt, observed a disc-shaped object directing beams of light down into the RAF Bentwaters airbase in England and heard on the radio that they landed in the nuclear weapons storage area. Both men will provide stunning details about these events, and reveal how the U.S. military responded.
Captain Salas notes, “The U.S. Air Force is lying about the national security implications of unidentified aerial objects at nuclear bases and we can prove it.” Col. Halt adds, “I believe that the security services of both the United States and the United Kingdom have attempted – both then and now – to subvert the significance of what occurred at RAF Bentwaters by use of well-practiced methods of disinformation.”
The group of witnesses and a leading researcher, who has brought them together for the first time, will discuss the national security implications of these and other alarmingly similar incidents and will urge the government to reveal all information about them. This is a public-awareness issue.
Read more: trutherd.com
Related updated posts: UFOs and Nuclear Sites
______________________________________________________________
UFOs Visited Nuclear Weapons Sites, Former Air Force Officers Say
September 21, 2010 – UFOs have monitored and possibly tampered with American nuclear weapons, according to a group of former Air Force officers who will make their claims public next week at a Washington, D.C., news conference. 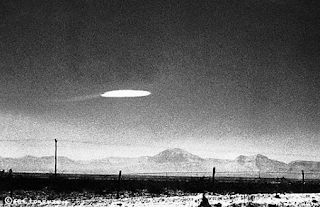 “While most of the incidents apparently involved mere surveillance, in a few cases, a significant number of nuclear missiles suddenly and simultaneously malfunctioned, just as USAF security policemen reported seeing disc-shaped craft hovering nearby,” says Robert Hastings, author of “UFOs and Nukes: Extraordinary Encounters at Nuclear Weapons Sites.”
On Monday, at the National Press Club, Hastings will present six former Air Force personnel who will break their silence and disclose dramatic first-hand experiences with UFOs at nuclear weapons sites.
In a statement, Hastings said, “At long last, all of these witnesses are coming forward to say that, as unbelievable as it may seem to some, UFOs have long monitored and sometimes tampered with our nukes.”
Hastings’ co-host for the news conference, ICBM launch officer Capt. Robert Salas, was witness to a UFO incident in 1967 that, he says, caused a missile disruption at Malmstrom Air Force Base in Montana, and he was ordered to keep quiet about it.
“The Air Force is lying about the national security implications of unidentified aerial objects at nuclear bases, and we can prove it,” Salas said.
Another officer scheduled to appear at Monday’s conference, Col. Charles Halt, witnessed a disc-shaped object shooting beams of light onto the joint Anglo/American RAF Bentwaters airbase in England in 1980. The lights were reportedly near the base’s nuclear weapons storage area.
“I believe that the security services of both the United States and the United Kingdom have attempted — both then and now — to subvert the significance of what occurred at RAF Bentwaters by the use of well-practiced methods of disinformation.”
Along with the other officers who will be on hand to support this remarkable UFO agenda, Hastings says that he and the auspicious military group will discuss the national security implications of these and other UFO incidents, and they will urge the government to come clean about the subject.
Read more: www.aolnews.com

FBI Documents Are Released To The Public Concerning The Incident At Roswell!