March 8, 2010 – EUCLID, Ohio — Is something eerie over Lake Erie? A local man said he spotted a UFO and he believes it’s proof we’re not alone. “Absolutely nothing we have on this earth even looks like that,” said Eugene Erlikh. 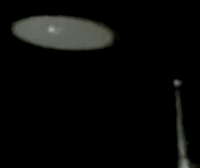 Eugene said the unexplained lights appeared outside his house in Euclid over five nights. “It was such a brilliant beam of different lights, it was going red, yellow, green, blue. It was never the same color it was always, like it was pulsating.”
The unidentified flying objects remain unidentified. No one knows what they were, including the 20-year old student who admits it’s hard to believe. Carla Jackson is a non-believer. “I mean, we’re not too far from Canada, it could’ve been a light show over there or something, somebody playing.”
“Once you see it with your own eyes,” said Erlikh. “You’re gonna say ‘Wow, what’s going on here’ and why do they keep coming back in the same spot?” 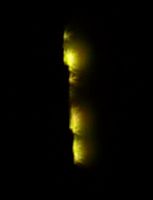 It’s not the first time someone said they saw something over the skies of Cleveland. In 2007, a group of people downtown said they saw what they thought was a UFO over Key Tower. And according to the National UFO Reporting Center, many additional sightings in Cleveland have been made in the past.
“Camera trick,” said Carla Jackson. “I have to be there to actually see it.”
But Erlikh wonders, “Why are they there? Why do they keep coming back, the same time, the same area? There is absolutely no reason.”
The U.S. and Canadian Coast Guard and several local police departments did not receive any additional reports of sightings.
source: www.fox8.com

Low fly by of triangle UFO with multi colored orbs in each corner, Lake Erie

Cleveland UFO Report: A follow up on the strange light over Lake Erie